Chef Ryan Hildebrand, founder and former chef of Houston’s FM Kitchen & Bar and former fine dining restaurant Triniti, moved to Wimberley in 2019 and announced shortly after that he would be opening a “Hill Country bistro” next to Blue Hole . A pandemic later, Hildee’s Texas Dine-Inn opened on March 31 of this year. The space, a modern barn with covered patio and indoor dining area, was designed by Austin’s Maker Architects and is both nostalgic and current. The same goes for the menu, which favors seasonal Texas ingredients and marries traditional dishes with contemporary sensibilities.

Our first visit to Hildee’s was for Sunday brunch. We’re not one for Sunday walks, but it was quite fun to ride the ranch roads flanked by land that has yet to be developed. In fact, I might have started yelling, “Country roaaaaads, take me hoooooooome,” much to the chagrin of my fellow travelers, until we passed an Amazon fulfillment center. It silenced me right away.

After about 45 minutes we reached our destination, a shiny new red barn with an adjacent silver silo (unclear what the silo is for). We arrived shortly after Hildee opened for brunch, so we sat inside straight away. Several minutes and sharp eye contact with the staff passed before our server greeted us, but she was quite attentive from then on. I ordered a mimosa, as brunch, which arrived with several edible flowers floating in it, which was confusing. Was I supposed to drink them with the mimosa? In general, I don’t think mimosas need topping; I really don’t think they must have a floating bouquet in them.

The cornbread and chili cheese was a great start to our meal; the tidy muffins sprinkled with jalapeño were a perfect complement to the creamy chili cheese. The teenager, whose main food groups are bread and cheese, ordered the buttermilk pancakes, which arrived in a thick, fluffy three-person tower topped with a huge dollop of cinnamon butter and a generous portion of mixed berries. Although the cakes claimed to be buttermilk, they had an earthy, almost gingerbread-like flavor, while still being quite sweet. The generous portion meant they made great leftovers.

I chose the fried chicken thigh cookie sandwich, which tasted good but was a little off-putting in texture. The thigh was a bit too thick and greasy, and the pickles didn’t provide enough acid to cut through the fat. I also ordered a side of grains, which were subtly flavored, creamy, coarsely ground and candy colored. My wife’s breakfast plate included two medium-sized eggs (as requested, and it’s rare that this request is met), two links of really excellent sausage, fried potatoes and a large soft biscuit (served hot, which gets a gold star from me).

While our brunch experience was generally pleasant, our return visit for a Friday night dinner was decidedly more uneven and somewhat disappointing.

When we arrived our group of four were seated outside at a picnic table, where we sat unnoticed for at least 10 minutes. I had a fond memory of the Mule Skinner Blue cocktail (an iteration of the Moscow mule with muddled blueberries) at a preview dinner in March, so I ordered one for an appetizer. It didn’t quite live up to my memories, as the ginger beer didn’t have much bite, the sparkling water seemed flat, and the fresh blueberries looked like they had been replaced with syrup.

To start, we ordered the fried green tomatoes; Unfortunately the burnt breast rangoons were not available so we opted for the wings with Valentina sauce. The fried green tomatoes, served with pulled pork between them, were soggy and lost in the fatty meat. The caramelized cubes of beetroot and butternut squash that came with it, although out of season, were however delicious little gems. While the wings were both baked and fried, they didn’t deliver on the promise of crispiness, although they were delicious and disappeared quite quickly. 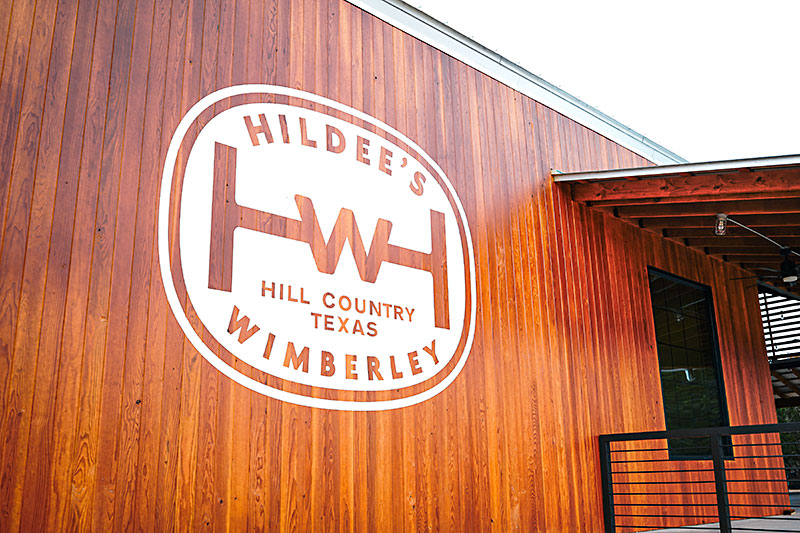 If the entree was a little wonky, the starters are where this meal really went off the rails. One of my companions ordered the pork belly special, served with blue corn grits, a small garnish of bitter greens and blackberry barbecue sauce. The belly was soft and creamy, but the skin was incredibly hard and difficult to eat; not quite the caramelized, porky candies you’d hope to encounter with pork belly. However, when the belly was combined with the bitter greens and blackberry sauce, the flavors sang.

I was extremely disappointed when my smoked chicken arrived. I had noticed on the menu that most of the other main courses included a side, but the $21 half chicken included a “parsley salad”. Reader, it wasn’t a salad. It was a few sprigs of parsley on half a roasted lemon. It would have been really nice to have a few green beans or a wedge or two of potato to go with the chicken, something to dance with the lemon juice in the bowl and break the monotony of the salty meat.

My partner was also disappointed with his Hill Country Cobb salad, which arrived deconstructed on a platter, with the vegetables in the center, and cold ham and chicken in the corners. The green salad was lightly seasoned with a goat’s milk green goddess dressing and was mildly savory. However, the chicken was flavorless and the ham was salty and gray, although the chicken did improve when mixed with the greens.

The star entree of this meal was the clams and prawns with sausage, served in a filled bowl anchored by a savory tarragon cream sauce that was meant to be dipped (we could have used twice as many croutons in the shape of a surfboard that accompanied the dish).

We finally found our groove with dessert, choosing pastry chef Caroline Ramírez’s Texas Sheet Cake and Hildee Bars. The former isn’t really a Texas sheet cake aside from the flavor; The traditional Texas sheet cake is a single thin layer with crispy frosting and sprinkled with pecans. It was a two layer cake filled with chocolate mousse and topped with smoked pecans. It was quite delicious, but it worked for Hildee bars to work. These leveled millionaire bars are the stars of the show, no doubt. The shortbread base layer is crispy and augmented with chocolate chunks, then topped with caramel and salted chocolate. We left no crumbs; These alone were worth the drive from Austin, and if the folks at Hildee are smart, they’ll make them available for retail and shipping.

Hildee’s missteps weren’t limited to food inequality, either; there were also noticeable bumps in service. The servers themselves were fine – friendly, efficient and professional. They answered questions accurately and directed us to the most popular items on the menu, while calling out their favorites. The hosts, on the other hand, seemed confused and disconnected from the rest of the operation. On both visits, we sat for several minutes before our servers greeted us; this suggests a lack of communication between the stand host and floor staff. Support staff, bless them, did their best, but lacked attention to detail, whether it was trying to deliver someone else’s burgers to us (the tater tots smelled good) or throwing a good chunk of my cocktail on the table and making no effort to clean it up. (I ended up using my napkin, then had to ask for a clean one.)

Hildee’s is a great concept with lots of potential, and if I lived in Wimberley I would probably go there for brunch, cocktails and desserts. But in many ways, dining at Hildee’s at its current stage is a lot like going to Wimberley during a period of expansion: you think you’re in idyllic countryside, driving through rough, winding roads and you feel a bit isolated. Then you turn the corner and there’s an Amazon fulfillment center and a $45 million electronics manufacturing plant, with more under construction. Meanwhile, staff in khaki T-shirts and shorts serve mid-priced Southern cuisine and craft cocktails in a mock barn. Change is inevitable and this process creates tension; we just have to give it time.

Tom’s rainy day in Berkshire is brightened by pub grub, a step up from The Beehive’s standard gourmet cuisine. There’s a cricket ground just opposite The Beehive in White Waltham, a small Berkshire village halfway between Windsor and Reading. But this being a typically soggy May day, the rain stopped the game a lot. Hey […]

The octopus motif is ubiquitous at Mar y Tierra Cantina & Grill. It’s on the logo, which appears throughout the restaurant, affixed to the chairs in the dining rooms and in the bar and here and there on the walls. A whimsical cephalopod spans the entire entrance ceiling. But despite a pretty long seafood selection, […]