Not so long ago ‘establishment‘ was best known to professional cooks and hobbyists with a particular interest in cooking. It is a French term that literally means “to put in place”. Thanks to television programs like Chef, nowadays most of us know that what is put in place are the ingredients and utensils that the cooks will need during their shift. This gives a well-organized kitchen. But in Palma, there’s at least one menú del día restaurant where bread is so important that ‘mise en mise’ can be applied to what’s on the table before diners have even had a chance to decide what to eat. that they are going to eat.

Co-owner of Siduri María José Mulet bakes all the bread served in the restaurant (and also takeout) and it’s among the best in town – and that includes what’s sold in the best bakeries on the island.
The day I was there, one of the breads was wholemeal bread cut into thick but small slices. María José does not just throw the bread on the table. It comes in a straw basket lined with napkins along with the other set-up items: a dish of olive oil, salt, a carafe of water, a glass and a drink of your choice. In my case, it was a caña with a nice head served in a nice thistle-shaped glass.

I first came across this glass when I saw people drinking onet El Rebost on Avda Jaime III over three years ago, but this was my first time using it. It is a real beauty and ideal for drinking caña. The right type of glass makes a huge difference to any drink – just like some teacups give you a better cup of tea than others. The bread was absolutely gorgeous. Baked in the morning, this wholemeal bread has a compact but light crumb that is bursting with flavor, especially after soaking in olive oil. Sit back and enjoy while you decide what you want to eat.

Most of the cooking in Siduri is done by María José’s husband Sergio Covacevich and she does all the baking and also helps in the kitchen. But during opening hours, Sergio is in the kitchen and María José takes care of the dining room. It’s a nice setup that works wonderfully. Not only does María José bake the bread, but she gets all her vegetables from the large garden adjoining their country house in Inca. They are very good Km 0.

Although they are more aware of the joys of healthy eating, they do not want us to become vegetarians or vegans. María José and Sergio make a superb mix of fish, shellfish and meat dishes – but there are always vegetarian options on the menu. Siduri’s desserts also receive special attention, so the meal always ends with a memorable sweet ending. The desserts are completely homemade and all the fruit they contain usually comes from their garden. More information on desserts on the next page.

The menú del día costs €17 with a carafe of water as a drink. My caña was extra and cost €2.50. I had an extra dessert because I needed a fifth shot, but María José waived the cost. The total price including VAT is €19.50. 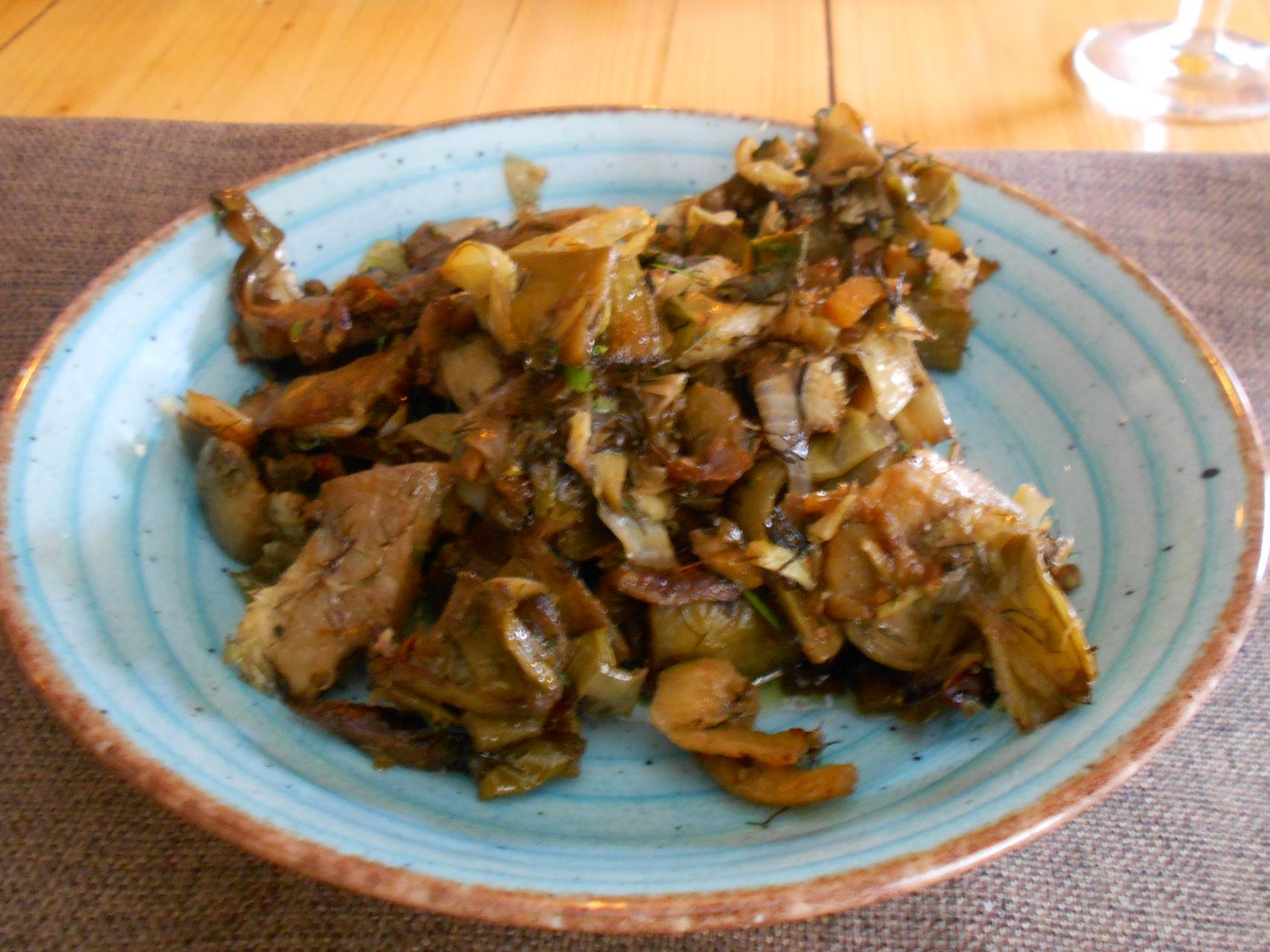 Siduri is not called a bistro but it is one of The most bistro places in Palma: Run by a couple who love good food and good food, small well laid tables, regulars eating in a lively group, others eating and reading in a quiet corner, and everyone having a great time. María José and Sergio do the cooking and María José also bakes a range of scrumptious breads that you won’t find anywhere else. They have their own large garden where they grow most of their vegetables as well as some fruit for desserts. They handle an amazing range of culinary styles that span five continents. Their use of herbs and spices is based on dishes from the Middle East, India, Southeast Asia, China and South America…and lots of Mallorcan and Spanish dishes. So eating at Siduri is always a bit of an adventure. The faux Mallorcan frito, as María José called it, is the one that some Majorcans make during Lent – ​​it has all the traditional vegetables and herbs but no meat. It tasted like authentic frito, although I would have preferred even more fennel leaves. The canelones were in the traditional bechamel sauce which was an ideal sheet for María José’s wholemeal bread. Both local desserts were in the best Mallorcan style.

When you think of Totterdown, you probably imagine dizzying streets, a ring road that never existed, and a good pub or two. But this corner of Bristol is also on the way to becoming a foodie destination, with Bank the latest addition to its growing repertoire; an “all day concept” serving specialty coffee by day […]